PARTICIPATING IN THE SAUDI-JORDANIAN ECONOMIC FORUM 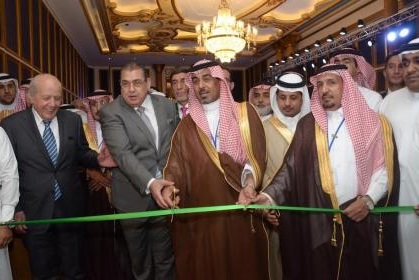 01 Inventions participated today in the Saudi-Jordanian Economic Forum, that was organized by the Jordan Chamber of Commerce (JCC), in cooperation with the Council of Saudi Chambers, which was held at the Royal Hotel in the presence of His majesty Dr. Majid Bin Abdullah Al Qasabi, Minister of Trade and Investment of Saudi Arabia and the accompanying economic delegation on the sidelines of their visit to the Hashemite Kingdom of Jordan the official accompanying the Custodian of the Two Holy Mosques King Salman bin Abdulaziz Al-Saud.

The forum aims to open up new horizons for economic cooperation, trade and investment exchange between Jordan and Saudi Arabia, and to provide an opportunity for interaction and communication between participants.